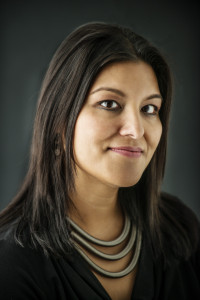 She is the co-founder/ CEO of URL Media, a network of Black and Brown community news outlets that share content and revenue. URL Media, a for-profit company, has received funding from the International Women’s Media Foundation and Archewell, the nonprofit arm of the Duke and Duchess of Sussex (aka Prince Harry and Meghan Markle). URL Media works with mainstream newsrooms to syndicate content and partner on diversity initiatives in content, staffing and culture.

Mitra is also the co-founder and publisher of Epicenter-NYC, a newsletter to help New Yorkers get through the pandemic, and an inaugural member of the URL Media network. Epicenter has helped more than 5,000 people (and likely countless more) navigate vaccine registration. These efforts and innovations on new models in community journalism have been covered by the NY Post, Vice, WNYC, among many others.

She also publishes The Unmuted, a newsletter devoted to pandemic schooling, and The Escape Home, for second homeowners and those who want to be. The latter shares content with MarketWatch regularly.

Once described as “wonderfully blunt” by CNN anchor Brian Stelter, Mitra is a change agent, loves writing headlines and framing stories, and blends digital strategy and audience-centric approaches while advocating for diversity and better management of our newsrooms.

She was most recently Senior Vice President at CNN Digital, overseeing the national news, breaking news, programming, opinion and features teams. She led the launch of Live Story, a tool that helps audiences follow stories in real time. Her philosophy on the “arc of a story” has been cited and emulated in news outlets across the country.

During Twitter debates on the definition of journalism (objectivity, view from nowhere, both sides!), Mitra prefers to spend her time committing it. Besides the newsletters and businesses she runs, Mitra is a weekly columnist on workplace and the COVID economy for Fortune. She approaches the column as both a new entrepreneur and longtime business journalist.

Mitra is spending the spring of 2021 as a visiting fellow at Harvard University. She also sits on the board of the Philadelphia Inquirer, and consults and speaks on newsroom management and diversity, equity and inclusion.

Mitra has been a board member and visiting faculty at the Poynter Institute for Media Studies, teaching in its women’s academy, program for journalists of color and a seminar for new managers. She teaches in the accelerator program of the Online News Association. She’s been an adjunct at Columbia Journalism School, St. John’s University, CUNY Journalism School and UMass-Amherst.

She was previously managing editor for editorial strategy at the Los Angeles Times. During her year there, she helped latimes.com traffic soar to nearly 60 million uniques monthly, innovated new forms of storytelling and audience engagement, and connected the Times to new communities via events, new beats, translations and partnerships. Oh, and the paper won a Pulitzer Prize for its coverage of the attacks on San Bernardino.

She served as the executive editor (at large) for Quartz, Atlantic Media’s global economy site, and was its founding ideas editor. She also oversaw the launches of Quartz India and Quartz Africa. She worked previously at the Wall Street Journal, where she directed coverage of the Great Recession, launched a local news section for New York City and reported on the housing crisis as a senior writer. She was a founding editor of Mint, a business paper in New Delhi, and has previously worked for the Washington Post, Newsday and the Associated Press.

She is the author of two books related to migration and globalization, including the highly acclaimed “Suburban Sahibs,” and speaks seven languages (but only four of them half decently). She previously served as president of the South Asian Journalists Association. Born in Brooklyn, Mitra was raised in Long Island, Puerto Rico and New Jersey—with regular trips to her grandparents’ villages in Assam, India.

Jackson Heights has been home, on and off, for the last 21 years. She is married to the artist Nitin Mukul and they have two daughters and one mutt. She tweets @mitrakalita.